Brazil is considered to be one of the most promising gambling markets in the world, able to compete with the United States and many European countries. However, why did everyone decide that? To begin with, it is worth mentioning that the scale of the country is set at least by its size – the fifth largest territory in the world and the number of people. For comparison, the state has more than four times more citizens than in Ukraine. These are the first two factors – geographical and demographic. Next, you should pay attention to the fact that you say “Brazil” and mean “football”, and the latter, as you know, is not only the most popular sport in the world, but also a favorite type of competition for bettors around the world. Last but not least, the scale of the shadow segment of the gambling market, which is thriving because of the state ban on gambling. According to the online resource Statista, in March 2016, the market for illegal gambling services in Brazil was estimated at 19.9 billion Brazilian reais (more than $5 billion). This is impressive, especially considering that the market has significantly scaled over the past five years due to technological progress, and at the moment the volume of illegal transactions may be much higher. It should also be noted that according to the study, most of the announced amount falls on the betting segment. Before analyzing the current state of Affairs, let’s look at when and for what reason a long-term ban on gambling was established in the country. In 2015, the legislation was changed. According to current regulations, participation in illegal gambling is punishable by a fine. The sanction can be applied both to users of land-based underground gambling establishments and to clients of online gambling operators.

The gambling industry or, as it would be more correct to say, almost all the main types of gambling were outlawed in the country shortly after the end of the Second world war – in 1946. In the legal field, only the lottery and betting on horse races were valid. As often happens, the changed leadership of the country pursued the most noble goals-in view of the stalemate with regard to rampant crime, the authorities created a certain unspoken moral code in accordance with generally accepted social values. Gambling didn’t fit into this context.

For violation of the law-the organization of gambling entertainment-the punishment was provided: from three to six months in prison.

However, over the years, the position of the authorities has softened somewhat. Due to the increasing popularity of slot machines, they were de facto legalized due to a loophole in the legislation on bingo parlors. So, according to preliminary estimates, there were about a thousand such halls in the country, where 100 thousand units of gambling equipment were located. And then in 2004, a scandal broke out – it became known that one of the officials demanded a bribe for covering the work of such institutions. The ban lasted nine months. 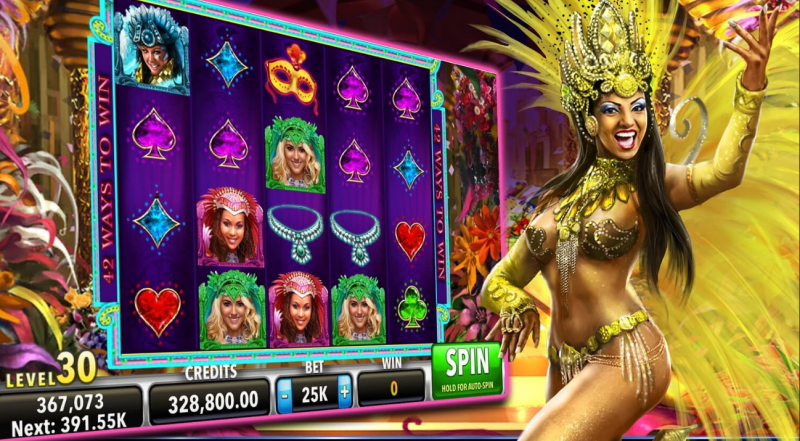 As mentioned earlier, betting on horse racing was not initially prohibited in the state, so there is an ancient tradition in Brazil regarding this type of gambling. The major jockey club of Sao Paulo was founded in 1875 and was named Club Racing Paulistano.

Around the same time, the online gambling industry began to emerge, and despite the fact that the law does not explicitly prohibit such operations, no Brazilian online platforms were created. This did not prevent Brazilians from actively engaging in gambling offered by international operators.

At the same time, the government of the country began to resist the spread of gambling in this format and even made several attempts to ban the organization of gambling on the Internet.

In recent years, Brazil has repeatedly raised the issue of the need to legalize gambling at the legislative level. This statement is true for various forms and types of gambling. For example, a bill was submitted to legalize casino resorts in the country. A bill to legalize online gambling has also been developed. And in 2018, sports betting was legalized, but the industry has not yet been launched, more on this below.

The most important step was the statement of President Jair Bolsonaru that he personally supports the legalization of casinos and gambling, but these powers should be delegated to the States. Read more about this in a separate article. 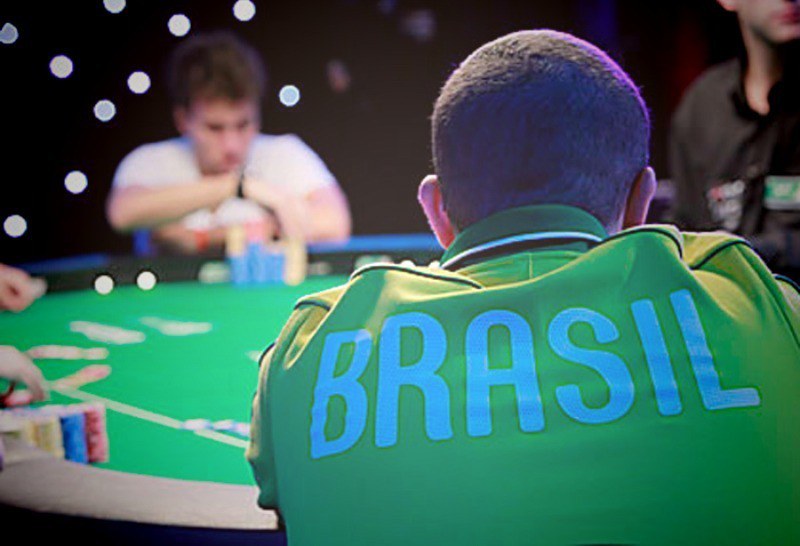 Due to the fact that poker has been recognized in court as a game that requires certain skills, poker tournaments can be organized on the territory of the country. At the same time, the state has not created a special regulatory Agency that is responsible for licensing operators. Therefore, standard permissions, including those from the local government, as well as licenses from the fire Department, are applied to the organizers of this type of entertainment, including the owners of poker rooms.

Commercial organization of bingo halls is prohibited by law. However, such games can be organized by non-profit organizations, including religious ones, for charitable purposes. 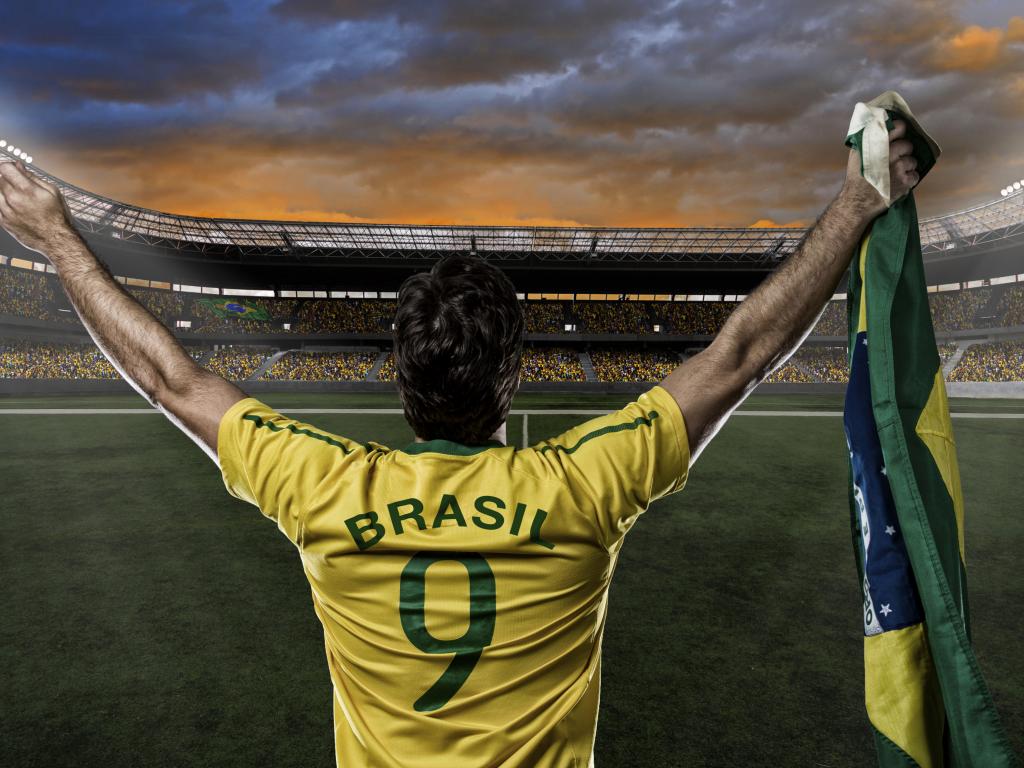 As mentioned earlier, in 2018, sports betting with fixed odds was legalized, but the launch of the industry is still delayed. Difficulties in implementing the law will be discussed below.

The country also allows betting on horse racing, but the activity is considered legal only if it is held on the basis of racetracks. Outside their territory, actions are considered a violation of the law.

In Brazil, there is a state monopoly on the provision of services related to the organization of lottery draws Caixa Econômica Federal. The latter does not have the right to grant licenses to private contractors. However, LOTEX instant lotteries are currently in the process of being privatized.

Currently, the third stage of consulting initiated by the gambling regulator has been launched. The fact is that after legalization on paper, which was discussed above, Brazil began working on a set of rules for regulating the sports betting industry with fixed odds. Important issues such as the licensing regime, the tax system and penalties for violations were the subject of consultations. All interested parties can participate in the latter.

However, a rather constructive proposal at first glance turns into problems for potential licensees of the Brazilian market.

First, due to the fact that it took extra time to hold consultations and then review the proposals, and it looks like the market will be launched later than expected. Read more about this in the article.

Second, it was initially assumed that the number of licenses to provide services would not be limited. Accordingly, all companies wishing to join the market will be able to do so after meeting all licensing requirements. At the moment, the regulator, after consulting with other government agencies, is ready to limit the number of permits.

Third, it was initially assumed that the tax rate would be 1% of income, which is equivalent to 7% of GGR. Currently, the tax rate has been fixed at 3% of income. This rule can no longer be changed, since the norm was voted for when the bill was considered.