It can be probably played at one or two land based casinos and a few online casinos mainly because it is one of the newest Craps variations and it is rarely wheeled out. The biggest feature of the game is that it is played with one dice only instead of two as in all other Craps games. Because it uses only one dice, the game is differently structured and has slightly altered rules. Continue reading to learn more about Die Rich Craps, its advantages and disadvantages, some winning tips and where you can play it in Las Vegas.

HOW TO PLAY DIE RICH CRAPS?

If the second roll is the point, the player wins. If it is a 1, then he loses the pass bet. The player has three chances to roll the point. If the player makes four rolls and the best is still not resolved, then he loses the bet. Furthermore, there are six proposition bets on the result of the next roll and they pay 4 to 1.

THE PROS AND CONS

Die Rich Craps is a novelty type of Craps game so if you are an adventurous craps player, then you should give it a try. The game is also easy to understand and play and carps fans will have a lot of fun with it.

On the downside though, the variant has a higher house edge than that of the standard Craps with standard rules. Die Rich Craps has a house edge of 3.7%, compared to 1.4% of regular Craps.

To get the most of the house edge of the variant, consider the following tips when playing Die Rich Craps for real money: 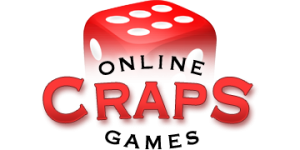 As of 2006, Die Rich Craps became available at the Luxor Hotel and Casino located in the Sin City. The Luxor is operated by MGM Resorts International and it has 11,000 m2 casino floor that offers over 2,000 slot games and 87 tables. The resort is built in a pyramid style and it features one of the strongest sky beams of light in the world.