The question is: is there a way to distinguish between real, original online slots and fake ones? And if so, which signs do you need to look for? Today we’re looking into this extremely important issue and sharing with you tips on how to stay safe.

To start off with some bad news first: despite what other players may claim, there is no surefire way to know 100% if the online slots you’re playing on are real or fake. That said, it doesn’t mean that you can’t keep your eyes open for red flags and go with your gut. If it feels wrong, check why it feels that way.

What we can do is draw your attention to certain general aspects that could be interpreted as suspicious signs. Ready? Let’s go!

This one’s fairly easy to notice. If you’ve played a game hundreds, maybe even thousands of times, at a bunch of online casinos you can surely notice if something’s off about the initial loading screen. So, if you see a brand new loading screen that you have never seen before, consider the flag’s red and raised.

Check the Slot’s Paytable and Rules

Oftentimes fake online slots will come with a different set of rules and different paytables. So, if you already know what the slot’s paytable offers and you notice something’s changed about this version you’re playing at that very moment, again, take note. Chances are you’re dealing with a counterfeit casino game. 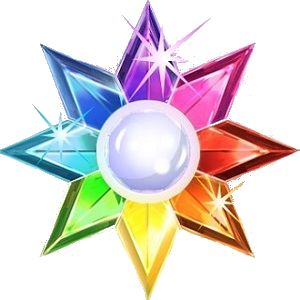 Now, this is a bit more difficult to catch, but then again, if you’ve mastered a particular game and you know it inside out, the subtle or not-so-subtle differences in gameplay should catch your eye, too.

Note
“If you’ve mastered a slot and you know it inside out, the subtle or not-so-subtle differences in its gameplay should catch your eye.”

Additionally, pirated slot games will sometimes even feature noticeably low-quality graphics and animations. So, if you think that the slot in question looks significantly worse than you’d expect (or know), there’s your cue.

Another way to check the authenticity of the game you’re playing is to check the name of the game server used for the gaming transactions. Unfortunately, most gaming providers won’t let you do that. It doesn’t hurt to try though, does it?

Playing at Safe and Audited Casinos

Ultimately, like we said right at the onset these are simply guidelines and details that you should pay attention to in case something seems off. Your safest best is naturally to play your favourite online slots at reputable, audited and Certified Casinos that feature safe and fair online casino games and have a third-party certificate to prove it.