However, they try desperately to keep secret any penchant to gamble, and there are a growing number of celebrities who share an addiction to gamble away what they earn at casinos, poker games and tournaments. The list includes some of Hollywood’s biggest names, many of whom may surprise you while some may seem like less of a revelation, men and women alike. There are plenty of female celebrities who are equally addicted to gambling.

Some celebrities are even considered “pros” at wagering and are known to do well, almost making it a second career. However, for most celebrity players, the losses are great on all levels: financially, professionally and socially. Who is truly addicted to gambling and who seems to have a handle on it? Which celebrities are the winners and who are the losers?

Note
The bottom line is, we all know the odds in gambling are never really in favor of the player. Have a look at this top 5 list and decide for yourself who wins, and who is really just lost. 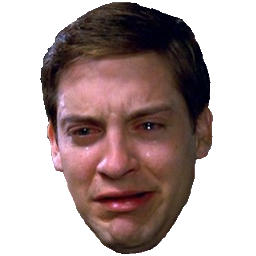 In 2011, the Spiderman star was one of several celebrities sued for participating in a multi-million dollar illegal gambling ring. According to the suit, Maguire won more than $300,000.00 worth of illegal funds, allegedly stolen from hedge fund investor Bradley Ruderman, who is currently in jail for a ponzi scheme. Maguire is apparently a very skilled Texas Hold’Em player, and won the $300,000 at secret poker games in New York and Los Angeles, while Ruderman lost five million in all of them. The actor was apparently unaware that Ruderman didn’t have the funds to cover his debts.

Interestingly enough, 36-year-old Maguire has done much of his gambling in public. After learning the game from professional player, Daniel Negreanu the actor competed in and won the World Series of Poker. Professional poker player Phil Hellmuth once said on Poker After Dark, that Maguire has won as much as $10 million through playing the game. Friends close to the actor are concerned about, what they fear is a new place for Maguire to channel what, he himself calls his, “addictive nature” since the actor has struggled with an alcohol addiction and joined AA when he was only 19.

Charlie Sheen‘s gambling habit has been rumored for years and it became public knowledge in 2006 when his second wife, Denise Richards, said in divorce papers filed in court that he was spending about $200,000 a week on gambling. Most of Sheen’s gambling losses came from sports betting, according to Richards. According to People magazine, Richards said that in 2005, Sheen would have called his bookie to place a bet, while in the car on the way to the hospital for the birth of their daughter, Lola.

Sheen has recently claimed in an interview that he no longer gambles. He did admit to spending large amounts of money on cocaine in a national television interview. “That’s how I roll,” Sheen declared. Either way, the man seems to have an addictive personality.

The sensational accusations report that, Academy Award winner, Ben Affleck was involved in one of Tinseltown’s top secret poker games and lost a $400,000 hand of poker to Ron Meyer, President of Universal Studios. This actor and critically acclaimed filmmaker reportedly checked into rehab in 2001 for his gambling problems and alcohol addictions. This year, Affleck co-stars with Justin Timberlake in the gambling themed thriller “Runner, Runner.” Perhaps this was not the wisest choice of roles for this actor.