Centuries ago, Spain’s Conquistadors would travel to faraway lands in the name of exploration for their king. Most notably, the conquistadors were known for colonising South America. During that time, there are several expeditions to find the El Dorado, the Lost City of Gold. Slot developer NetEnt has drawn on that heritage to create its charming Gonzo’s Quest slot. Explore our Gonzo’s Quest slot review to learn more.

NetEnt’s Gonzos Quest slot machine begins the slot with the perfect balance of storytelling. Set in 1541, Gonzo pinches a treasure map from a wooden table on an enormous Spanish ship. Armed with the map, Gonzo dive off the ship and makes for land before starting his quest. The slot logo then rises to tell us that Gonzo is trying to search for El Dorado.

Set in the heart of the jungle, the challenge is for Gonzo to explore his surroundings. He stands alongside a slot interface that breaks from the tradition of displaying circular reels. Instead, there is a flat design made up of tiles that form the equivalent of five reels by three rows. When you spin the reels, the stone tiles will break and fall away if they combine as part of a winning payline. New symbols will then fall down to replace missing tiles. 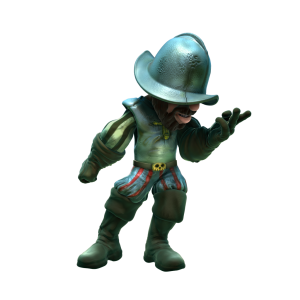 Bet Level is the equivalent to coins, and NetEnt enables you to set this anywhere from one to five. The next major decision before you start playing is that you assign a value on your coins, which can be done on number of values that start at £0.01 and rise as high as £0.50. At the bottom end of the scale for this 20-payline slot, it is possible to make a minimum bet of £0.20 on a single spin. Up at the very top, the maximum is £10.

NetEnt has built Gonzo’s Quest with nine symbols, which is quite reasonable. The variance can be described as mid-level, given that you do not wait for long to generate winnings. However, this means that you are better off making lower value bets than going big on a single spin.

Avalanche is the term used to describe how winning tiles will crumble away to be replaced by others. Multipliers can climb as high as 5x during Avalanche, while 15x is possible for Free Falls multipliers. Landing three Free Fall symbols on a payline will lead to 10 free spins, with wild symbols present to sub in for missing symbols on paylines.

Gonzo’s Quest mobile is compatible with most major types of touch phone and tablet, so long as the operating system comes from Android or Apple. Gonzo’s Quest is incredibly responsive on leading devices and the game is easy to control.

Play with PayPal at 888casino

Gonzo’s Quest can definitely be included among the best online slots that use PayPal. The fact that it marries story, gameplay, special features, and mobile compatibility so effectively is the reason why you should try it at 888casino, where you can double your first deposit up to £100.