While most robberies require some element of force, the nature of casino gambling means it’s arguably more vulnerable to sophisticated attacks, with scammers able to walk in and pose as any other customer while they roll out their plans.

The online age has made this problem more acute. Scammers today don’t even have to visit a physical casino to pull their scams. Fortunately, casino security is well adjusted to handle those trying to pull a fast one, both online and in land-based venues. But it doesn’t stop them trying, and casinos invest millions every year in protecting their legitimate customers and their business from these crimes.

Casino scams and tricks require meticulous planning, sophistication and the brass neck to pull it off undetected. While those running the scams are invariably caught, their ways and means range from the intelligent to the downright brazen. Here are the top greatest casino scams in history, and the people who tried and in some cases succeeded in pulling them off.

The Roselli Brothers are amongst the most sophisticated casino scammers in history, and at their peak took just shy of $40 million from casinos across the US – without losing a penny of their own money. The scam relied on the Roselli Brothers forging the identities of unsuspecting victims to build up credit terms with the casinos they targeted. 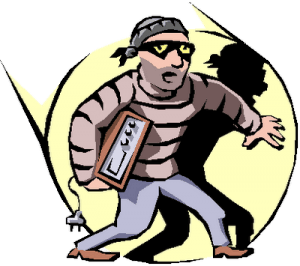 Note
With the help of a hired computer hacker, the Rosellis hacked data to uncover the names of individuals with perfect credit scores. Using these names and identities, they opened credit accounts with a number of casinos from 1995 to 2000. When the accounts were setup, they deposited $50,000 into each, giving the casinos the confidence to extend credit to these player accounts. Nourishing these accounts and paying down their markers, the Roselli Brothers behaved like any other high roller would, leading to increase after increase in their credit lines. By the year 2000, they had multiple accounts on the go, with credit lines in each worth over $1 million. This was to be the year of their exit, and in a trip to Las Vegas, they won millions with single bets as large as $100,000.

After cashing out their accounts, the Roselli Brothers vanished, leaving the casinos to pursue the innocent named individuals whose identity had been stolen. By the time the authorities figured out the scam had been going on, their attempts to trace the Rosellis had been unsuccessful. It turns out, both brothers had died some years earlier, and the true identity of the fraudsters behind the scam has never been uncovered. While they are still known as the Roselli Brothers, their real identity remains a mystery.

While this scam was no doubt well executed, it left a trail of devastation in their wake. The casinos that were targeted lost out big time, but arguably the biggest victims were those who had their identities, and credit ratings trashed. These innocent individuals were on the receiving end of recovery attempts from the casinos, and even the Roselli Brothers themselves have gone down in history, from beyond the grave, for a crime they knew nothing about.

A band of four gamblers with ill-intent hit the casinos of Cannes in 2011, determined to pull one of the most ingenious scams in casino history. They managed to walk away with $84,000 through concerted effort, concealment and innovative scamming that might, on a good day, have worked for them. The group, made up of an Italian and three Frenchmen, discretely marked cards while playing stud poker, using invisible ink to draw symbols on cards corresponding to their value. The Italian player returned to the casino wearing special contact lenses, designed to make the ink visible while they played.

The ruse went largely undetected during their first outing, and the group were able to net tens of thousands of dollars in the process without flagging any suspicion. But like all bad criminals, it was greed that was to get the better of this band of con-men. On their return trip to the same casino, management identified an unlikely sequence of wins – a second lucky streak by the same players in such a short timeframe was enough to merit further inspection.

The local authorities were informed, and were able to quickly discover that the cards had been marked. It took more effort to uncover the mechanism for detecting the ink, with cameras the early theory. Upon finally discovering the contact lenses being worn by the Italian, the authorities were able to complete the picture, and secure lengthy sentences for each of those involved.

Those contact lenses were pretty smart. But scammers are prepared to go even further in pursuit of a big payday. The radio roulette ball scam is one example, and one that is almost admirable in its level of sophistication, engineering and planning.

This scam took place back in the early 70s. A rogue roulette dealer at a casino in France was developing a keen interest in amateur radio, which he thought could be put to use in making money at the expense of his employer. Recruiting his brother and his sister-in-law, the dealer created a rogue band of scammers that would test casino security to its very limits. 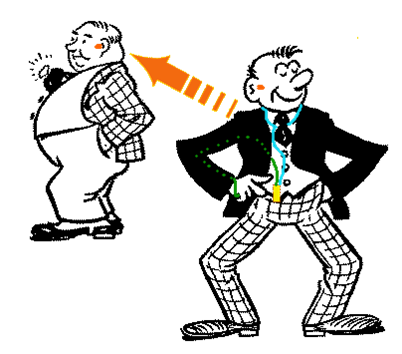 Note
Using a weightless radio receiver and a small transmitter, he devised a mechanism for triggering the roulette ball to fall in certain numbers, with a shocking degree of accuracy across a range of 6 numbered outcomes. The weightless radio receiver was engineered into a roulette ball, and the transmitter into a standard pack of cigarettes. While the dealer switched in the weightless receiver ball, his sister-in-law held the receiver, and played at the next table to avoid detection. The brother would place the bets, and between the three of them, they were able to virtually dictate the range of every number called through the duration of their play.

After rinsing the casino of over $1 million in the space of a week, the group were onto a winner. But as luck would have it, the sister-in-law caught the attention of the casino owner, who was keen to strike up a relationship with her. She rejected his advances, but this brought her to the closer attention of management, who twigged that she could have some connection to their increasing roulette losses. Given that she was a known face, and was in the casino during every night of heavy losses, the management decided to investigate further and eventually draft in the authorities.

After ruling out dozens of potential scam strategies, the management ordered the casino floor to be swept for radio frequencies, providing the final piece of the puzzle that saw the group arrested for their involvement.

With a name like Pai Gow John, you’d think there would already be cause for suspicion. John travelled across the US on a recruitment mission, looking for susceptible dealers open to idea of cheating with him and joining his gang. After extensive recruitment efforts, he was able to drum up the support of 30 dealers who would form the backbone of his gang. These dealers would pretend to shuffle cards, but in reality keep the orders fixed. 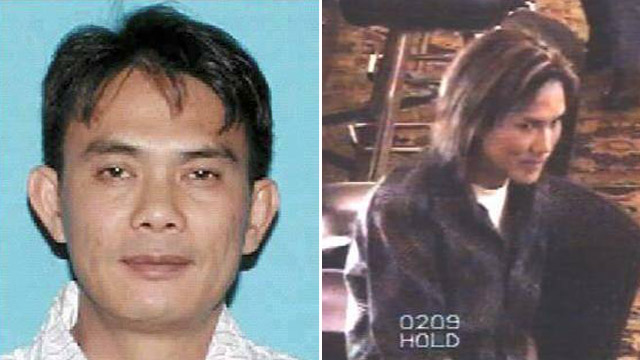 At the same time, another would play at the table and light up a cigarette, as a cover for whispering instructions into a microphone in their sleeve. The audio was fed to another player at the table, who would use this information, along with variations in how the cigarette was being held, to influence their betting decisions.

The scheme worked incredibly well, with $7 million in total winnings coming from over 20 different casinos before they were rumbled. It was through careful review of security camera footage that the scam came to light, and many of the 30 are still serving jail time to this day for their role in the scam.

The Cutter Gang ran their scam at casinos across the US and the Philippines in 2011, with baccarat their game of choice. As is standard practice in casino games, players are invited to cut the cards. But through careful technique, gang members were able to separate the cards and pick up additional information from a tiny hidden camera in their sleeve. Once the cards were cut, the player would excuse themselves from the table to pass the camera on to another player, who was able to use the additional information to make more informed bets.

In 2011, the scam was identified at the Cosmopolitan Casino in Las Vegas, and the gang members were held by the authorities pending further investigation. To the frustration of the authorities, it was impossible to pin enough evidence on the gang members, who were released – along with their $1 million in ill-gotten gains. Shortly thereafter, the gang were arrested again in the Philippines, but managed to escape custody. To date, they remain at large

A gang of confident con-men from New York hit the casinos of Ohio in 2012, determined to slide under the radar of the management as they plied their roulette scam. With an estimated group of as many as 70 accomplices, the group ran the scam by switching chips across different tables as they played. One of the gang members would play a low stakes game, and discreetly pocket coloured chips from the low value table.

After excusing themselves from the game, they would take these pocketed chips to a higher value table, where they were switched into the game by another player, thus increasing their relative value. By switching across multiple casinos across the US, the scam was given longevity, and investigators are still to this day unsure as to how many individual casinos were targeted by the gang.

It’s estimated that the gang were banking between $1,000 and $2,000 per chip switch, and with so many players running it over an unspecified period, the authorities can only guess at the total extent of their winnings. While many have been successfully apprehended, it remains unknown whether any, and if so how many, remain on the run. Indeed, this scam could still be operational, although casinos are now live to the method.

In the high tech stakes, few casino scams come close. In 2004, a gang of gamblers from Eastern Europe were able to win over $2 million at roulette using a technique called ‘sector targeting’. This involved scanning the roulette wheel through their smartphone cameras, to enable an app to read the orbital decay – a calculation based on the dimensions of the wheel and the speed of the ball, which forecasts a likely end point on each spin. While the ball was in motion, the players were able to place their bets on targeted sectors of the board, with surprisingly impressive results.

The scam was eventually rumbled, and the players investigated. Surprisingly, they were released, charges were dropped and they were allowed to keep the money. The authorities were unable to find any legal basis for sanctioning the players, who in the eyes of the law had done nothing wrong. While this was certainly a lucky escape for the gang, you can bet they are no longer welcome at many casinos. Their keen knowledge of physics and technology was enough to put this group well into the black with their scam.

Despite the best efforts of casino management, scams like this will inevitably continue in the years and decades to come, both at offline resorts and in online casinos. While most of those pulling scams do eventually get apprehended, and in turn serve lengthy jail sentences for their crimes, they are due at least some respect for the competence, planning and ingenuity that made these scams a reality.