Inside the History of Online Gambling

The global online gambling industry is growing rapidly. According to research from Statistica, gamblers placed $41.4 billion in bets over the Internet in 2015, which marks a 459% increase from 2003. The online gambling market has come a long way from its infancy. Whether you’re a veteran player or an online gambling newbie, you’ll be fascinated by the history of this new and ever-changing industry.

The Dawn of Online Gambling 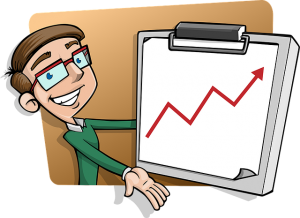 According to Gambling.org, several sites were launched to offer gambling to residents in South Africa in 1994. However, all transactions were conducted in cash, so there’s no definitive evidence that any real money online gambling ever occurred. The algorithms were also very archaic compared to modern online gambling sites, meaning that they lacked many of the features modern gambling sites offer and muddying the definition of whether they could truly be called online gambling sites.

Another major event took place in 1994, as Antigua and Barbuda, a tiny Caribbean nation with a population of less than 100,000 people, became the first company to change its gambling license to allow foreign bookmakers to accept bets across national lines. The decision paved the way for Antigua and Barbuda to offer online gambling sites in the future, although their gaming providers lacked the infrastructure necessary to offer their services via the Internet.

These developments paved the way for the introduction of the online gambling industry and for the popular online gambling sites that would be launched over the next couple of years. The first modern online gambling site, Intertops.com, was introduced to the world in 1996. Intertops had been founded in Austria in 1983 by a German bookmaker that had previously been offering his services illegally. The company had grown and eventually recognized that the future of the business would be online. The company started working on an online gambling site in 1994, but took a couple of years before the platform was ready to use.

Intertops accepted the first online sports bet in the world from Jukka Honkavaara, a Finnish punter on January 17, 1996. Honkavaara bet $50 on Tottenham Hotspur against Hereford United on a 5-1 margin and made a miniscule two dollar profit off of his bet. While the monetary win was hardly impressive, he’s still earned his place in history with this online distinction.

Note
A number of other online gambling sites were also launched in 1996. One of the biggest competitors of Intertops.com came to be Centrebet.com, an Australia-based gaming provider, though there were over 700 real money casinos around the world by 1998. These sites would soon become very popular, as many consumers realized the advantage of online slots over other forms of gaming.

Gaming regulators across the world faced challenges responding to the introduction of online gambling. Jurisdictional boundaries that used to be crystal clear had become blurred by the advance of the Internet. Regulators, therefore, had to debate whether the jurisdictional rules applied to the location of the player or the servers where the gaming site was hosted.

This was of particular concern for United States officials that had already passed the Professional and Amateur Sports Protection Act in 1991. This act criminalized the act of sports betting, but required officials to debate early on whether that regulation should apply to gaming providers in other countries as well.

Since these sites accepted players from around the world, regulators were faced with a number of challenges, not the least of which was protecting their citizens from fraud in the wake of illicit gaming sites that launched and then stole deposits from their patrons. Authorities also raised concerns about the encryption of the gaming providers and the potential for security breaches that could compromise personal data.

As the industry changed, regulators had to develop an entirely new licensing and regulatory system to protect citizens from fraud and ensure that others weren’t violating existing financial or gambling laws (the Kahnawake Gaming Commission in Quebec was one of the first regulatory bodies in the world to issue licenses for online gambling). Additionally, many feared that online gambling would lead to an epidemic of gambling addictions, so some regions banned online gambling altogether. The United States, for instance, passed the Unlawful Internet Gambling Enforcement Act (UIGEA) in 2006, effectively banning all forms of online gambling in the country.

Due to geography and the seemingly anonymous nature of the Internet, some gaming providers felt they could avoid complying with the laws of other jurisdictions. Their defiance was put to the test in 2011, when the United States Department of Justice indicted 11 executives from Absolute Poker, Full Tilt Poker and PokerStars for violating the UIGEA. Despite the indictments, many online gambling sites continued to illegally offer their services in countries that had prohibited online gambling, which has raised doubts about the effectiveness of prohibition and called for widespread reforms.

Certainly, the online gambling industry continues to change every day. Many online gambling sites now offer a number of sophisticated features to improve player experiences, in addition to allowing players to access their games through mobile devices. Others currently accept bitcoin and other virtual currencies to players that either want to protect their privacy or circumvent jurisdictional gaming and gambling regulations.