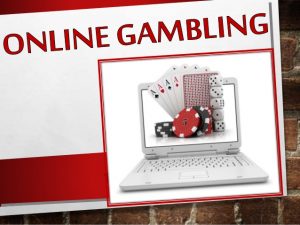 It’s illegal in the United States to operate a gambling scheme. That means it’s clearly illegal for you to run an online casino. You can find exceptions in states like Delaware, Nevada, and New Jersey, but even there, you’re required to have a license to operate an Internet gambling site. Those licenses are expensive and hard to get.

It’s also illegal to facilitate the transfer of money for purposes of illegal gambling. That’s a federal law, so it applies throughout the entire country. This is a relatively recent law called UIGEA, the Unlawful Internet Gambling Enforcement Act. It’s commonly misunderstood to have made it illegal to gamble online, but that’s not the case at all.

Law enforcement from the federal government used to claim that the Wire Act applied to online casino gambling, but they’ve since reversed their position on this.

This means no federal law explicitly forbids gambling at an online casino.

But many (if not most) states have laws making it illegal to gamble online. Some states, like Washington, even make it a felony. It’s a fair question, then, to ask how likely it is to be prosecuted for gambling at an online casino.

Based on our research, it’s unlikely in the extreme to face prosecution for placing a bet on black at a roulette wheel on a real money casino site. We’ve found no cases where someone faced legal action for such an activity.

Law enforcement in the United States has always focused on prosecuting the provider of illegal services rather than the customer. The police would always rather arrest a drug dealer than a drug user, a hooker rather than a john, or a speakeasy owner rather than a drinker there. That being said, it’s impossible to guarantee that you won’t face legal action if you gamble online.

Note
In fact, our advice to U.S. players is to always obey the laws where you live.

Other countries have more clear-cut and reasonable laws regarding online gambling. For example, all forms of Internet gambling are legal in the United Kingdom. Citizens there have the pleasure of doing business with these companies in the open, and they have protections in the form of licensing and regulation that Americans’ don’t have.