The differences between gambling at an online casino and gambling in a traditional brick and mortar casino are fewer than you might think, but some of them are significant. Like anything else, gambling online has its pros and cons.

Here’s some information on the main differences between playing casino games online and in a land based venue.

One advantage to playing online is that you don’t have to get dressed or travel. Depending on where you live, traveling to a brick and mortar casino can be quite an endeavor. But no matter where you live, you can usually get to your laptop or a mobile device by walking a few feet. And you can do this in your underwear, and no one will know or care.

Another advantage to playing online is that you don’t have to deal with other people. We’re extroverts, so we enjoy the masses of people at a brick and mortar casino. But we have introvert friends who’d rather avoid people and get their gambling in when no one is watching. Neither attitude is better than the other. But one means of approaching the activity is a better fit for certain temperaments. 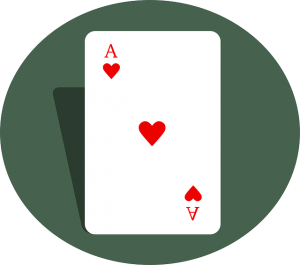 We enjoy the perks of playing at a live brick and mortar casino. We like being brought free drinks by scantily clad cocktail waitresses. We also enjoy free meals and free show tickets. You can get perks similar to this when playing at an online casino, but it’s usually not the same. Most Internet gambling sites prefer to just deal with free bonus money, because it doesn’t require nearly the amount of effort that buying a show ticket might.

Also, when it comes to casino comps, it’s easy to forget that these rewards are cheaper for the casino to provide than their retail price. It might cost you $20 to eat the buffet, but the casino only has to pay the wholesale cost for the meal, which is probably closer to $5. Casinos own all the seats to a show already, so unless the show is sold out, providing free show tickets doesn’t cost the casino anything at all—even though those tickets might retail for $100 or more.

How the Games Work

Most of the games on the Internet work exactly the same way, but there are some minor exceptions. For example, you’ll never find an Internet blackjack game where you could get an edge by counting cards. That’s because the software powering the games shuffles the deck after every hand.

Some players are convinced that they can alter the outcome of a craps roll via skilled dice setting and throwing. It’s obvious that when playing craps online, you can do absolutely nothing about the outcome of the two dice.

One other major difference involves betting limits. Most Internet casinos have lower maximum betting limits than their brick and mortar counterparts. High rollers can get exceptions, especially when they’re dealing with well-funded, large sites like Bovada. But generally speaking, if you want to bet $10,000 per hand of blackjack, you’re going to need to visit a real Vegas casino to do so. (And by “Vegas casino”, we mean a casino with that style, rather than a specific geographical location.)