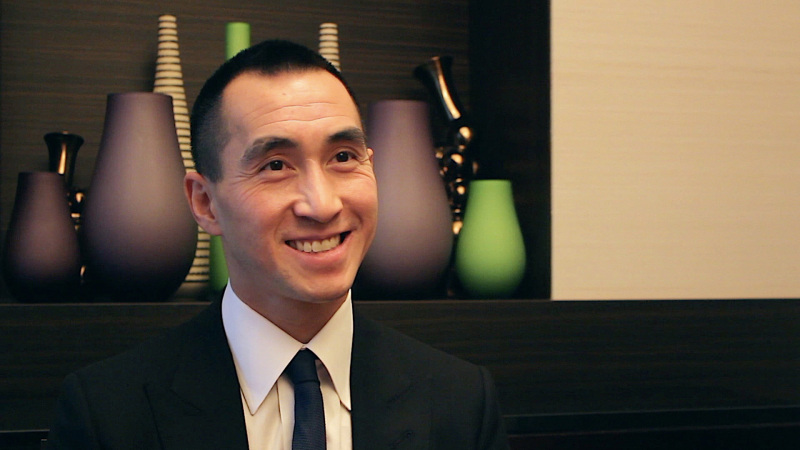 Hong Kong billionaire Lawrence Ho Yau Lung is one of 17 children of Hong Kong businessman Stanley Ho. Probably, his career choice was influenced by his family: Ho’s father owns SJM Holdings, which owns 18 casinos in Macau, and is rightly considered the “king of gambling” among businessmen. Before Lawrence obtained his own license, Stanley allowed him to conduct gambling activities under his license.

Lawrence Ho received a bachelor’s degree in Commerce from the University of Toronto, as well as a bachelor’s degree in art. High intellectual abilities and outstanding thinking have led him to many achievements: in 2009, he was awarded an honorary doctor of science at Edinburgh Napier University in Scotland, and today he is called a “revolutionary” in the gambling industry in Asia.

“As a new – generation Chinese businessman, Lawrence embodies the modern values of the East, such as work ethics, as well as freedom of expression and openness to new ideas that are inherent in the West,” says Desmond Lam, a Professor at the University of Macau.

From crisis manager to casino magnate Lawrence Ho’s professional career can be divided into several stages. The first and probably the most significant is the beginning of a career in Melco International Development Limited. In 2001, he headed the unprofitable Melco International, which under his management was reoriented to work in the field of leisure and entertainment. Under Ho’s leadership, Melco built its first five-star casino hotel, Altira Macau, on the island of Taipa, Macau, and a number of gambling and entertainment facilities.

Later, to expand the opportunities of the Asian gambling market, the company acquired one of the six concessionaires and sub – concessionaires and created a joint venture with the Australian billionaire James Packer-Melco Crown Entertainment. In 2006, Melco Crown Entertainment was officially listed on the NASDAQ (stock symbol: MPEL) and became the fourth largest IPO in the United States and at that time the largest IPO of the NASDAQ exchange among Asian companies.

However, the “world’s most successful gambling partnership” failed: in 2016, packer sold his stake in Melco Crown, and Ho was re-elected as Chairman and continues to serve as CEO of Melco Crown Entertainment. Melco Crown became Melco Resorts & Entertainment and came under the control of Melco International. The company operates three resorts in Macau, eight mocha electronic slot machine halls, the Philippine resort City of Dreams Manila, which opened in 2015, and is also developing a casino resort in Cyprus that could become the largest in Europe. 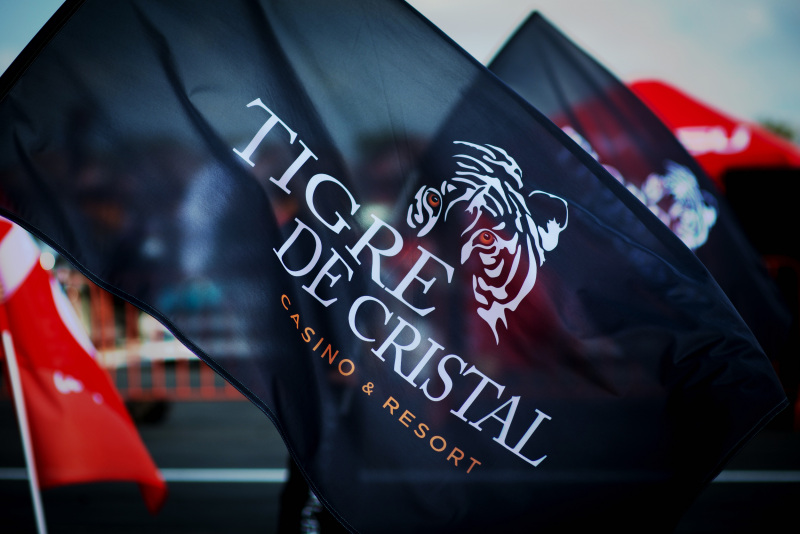 With the help of various controlled companies, the group actively implemented opportunities for expansion not only in the Macao and Cyprus markets, but also in Russia. In 2015, the Tigre de Cristal casino resort was opened in the Primorye gambling zone in the Russian far East. Lawrence Ho was the Chairman and non-Executive Director of the investor company Summit Ascent Holdings Ltd, associated with Melco International Development Limited.

However, in 2017, Ho left the management of Summit Ascent and sold his stake in the company. This decision could be due to the disappointing financial results of Summit Ascent in the first half of 2017 and a possible reduction in the company’s revenue due to an increase in the tax rate for the gambling business. Later it became known that the authorities of the Primorsky territory decided not to change the tax rate for local casinos, and the annual results of the investor Tigre de Cristal showed an increase. 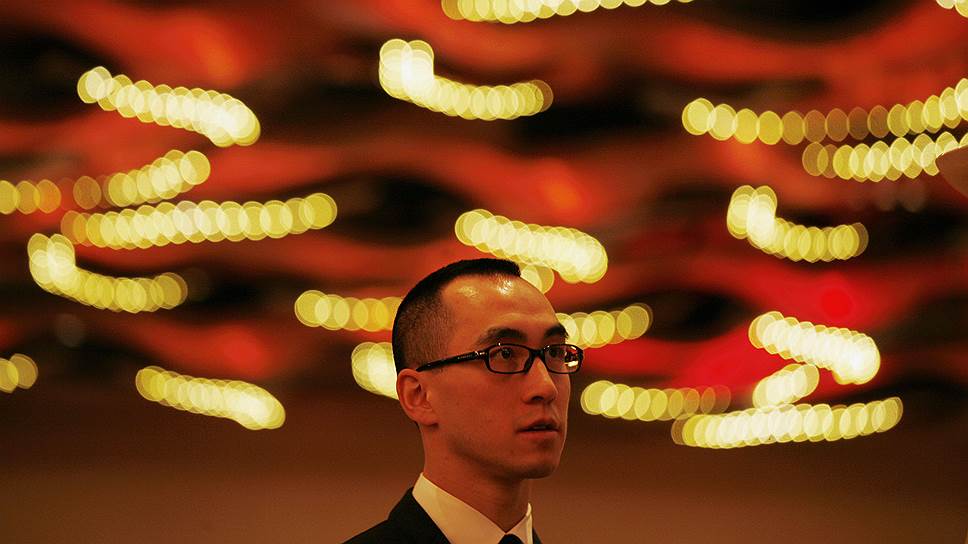 As Japan moves closer to legalizing integrated casino resorts, Ho is increasingly acting as an audacious bidder for a license, saying that he is “ready for anything,” including moving Melco’s headquarters to Japan.

The billionaire said that Japan’s nascent gambling industry is “the most exciting market” because the largest operators from around the world are ready to fight for such a lucrative license. According to Ho, he is ready to “spend as much as necessary” to get his share in the sector, which was legalized only last year and, according to calculations, should bring in $10 billion annually to the country’s budget – an amount comparable to the income from the gambling business that Las Vegas receives.

Ho’s plan is to locate facilities near major cities such as Yokohama and Osaka: “Wherever we build casino resorts, our main motto is to create the coolest facilities. And Japan will easily become just such a place; we will experiment with the latest technologies, the newest methods in the field of construction and engineering. However, in order to do this, we first need to choose the best location – not far from large cities with a large population, as well as with a high potential for tourism development.”

However, Ho apparently excluded the capital from the list of possible locations.

“We don’t think anything can happen with Tokyo. This is a beautiful city, but this city is for the government, for the financial sector, in Tokyo, more and more official. I believe that the government plans to use integrated resorts as a boost to urban development, so I believe they are aimed at Yokohama,” the casino magnate said.

According to Ho, his company’s goal is to provide innovative resorts of the highest quality. “I think this fits perfectly with the philosophy of the Japanese market,” he says.

A prominent gambling center in Asia and the only territory in China where gambling is legal, Macau has faced a decline in gambling profits over the past few years and has recently begun to recover. The decline was caused by a highly publicized anti-corruption campaign by the Chinese authorities, which, among other things, reduced the length of time that visitors from mainland China could spend in Macau.

However, Ho was enthusiastic about activities in Macau, noting that the current situation with gambling in the region looks more optimistic.

“Since the beginning of the year, the market has experienced a 19% increase in all segments [of the casino industry], so the VIP segment, mass market and average length of stay is also increasing,” Ho said. – So far this year we are pleasantly surprised by how much the market has strengthened. These have been two challenging years for Macau, but we have taken advantage of this period to focus on efficiency as part of our philosophy of continuous improvement.”

The “Star” Of The Philippines One of the thriving gambling zones in Asia that may cause concern for operators like Melco is the Philippines. The reason for this is the likely privatization of gambling facilities, which are currently managed by the Philippine regulatory body PAGCOR. However, Ho does not see much of a threat in this perspective.

“I believe that the Philippines has been a star in our business for the past two years. I always like to praise my team in this region, because that’s where we have the fastest growing facility in the fastest growing market in the world. Everything turns out as well as possible,” the businessman said.

In contrast to the fear of privatization, Lawrence notes the growth of tourists in the Philippines, which directly depends on the policy of tourist development of the region:

“I believe that over the next few years, the number of tourists will only increase, and this will be the next stage or incentive for this type of activity.”