Announced in May, but coming into force on 6 October 2014, Macau’s smoking ban has already taken form on paper.

Out of the 41 casinos in Macau, the world’s largest gambling city, 39 have submitted their draft plans on instituting the ban, which will turn the main gaming halls into smoke-free zones. 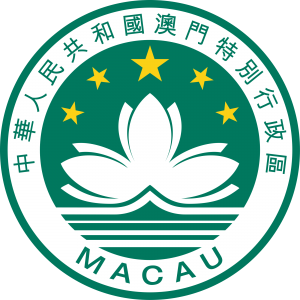 With Macau introducing the ban, the speed of gaming will slow down, and casinos will be hit where it hurts – in the revenue. Previous bans of varying degrees in the US and Australia resulted in a drop in revenue of between 5% and 20%, and New Jersey’s Atlantic City was forced to partially rescind the ban, despite protests from croupiers and unionized workers.

And, following on from the bankruptcy of Revel last week, questions must also be raised about how much that particular casino’s comprehensive smoking ban had to do with their ultimate failure. That being said, though, most of Atlantic City’s casino floors are smoke-free, but how much of the current state of that city’s casinos can be attributed to the smoking ban is debatable.

In contrast, though, Nevada permits smoking on all casino floors, subject, of course, to the casino’s own policies. As you’ll no doubt be aware, Las Vegas is still the capital of North American gambling.

Macau ban in a nutshell

Under the new legislation, casinos will need to submit monthly reports on the quality of their air to the Macau Health Bureau.

The only rooms inside casino buildings where smoking will be allowed are the VIP rooms, although there is an expectation that dedicated smoking rooms will be built in due course.

Statistics
This, of course, is a blow for smoking gamblers, who won’t want to interrupt their gambling just to duck outside for a smoke. This is also particularly problematic since, according to some statistics, China is home to about a third of the world’s smokers, with 25% or so of the population lighting up on a regular basis.

So why not just let people smoke in casinos and be done with it?

So let’s wait and see what happens. And if you want to light up in Macau, better get over there in the next month!