A reliable online casino business starts with obtaining an online gambling license. It allows running a casino legally and proves the provider’s trustworthy behavior and commitment to a fair gaming policy. A license is also an indicator of transparency in business operations and security of the gaming software offered to customers. 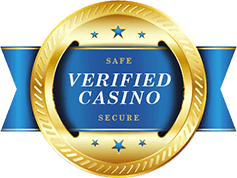 Note
It is impossible to set up a merchant account in a bank without a proper gambling license. Banks are very careful about their business partners and are always willing to cooperate with a company acknowledged by a regulatory body in a certain jurisdiction.

In order to apply for a license, applicants must go through several security and background checks along as procedural and operational practices. This is all in necessary in order to guarantee legitimacy and fairness. Some checks include background information, game fairness and random number generation guarantee, tax and financial status, ethical business practices, fair employment, criminal background and more. 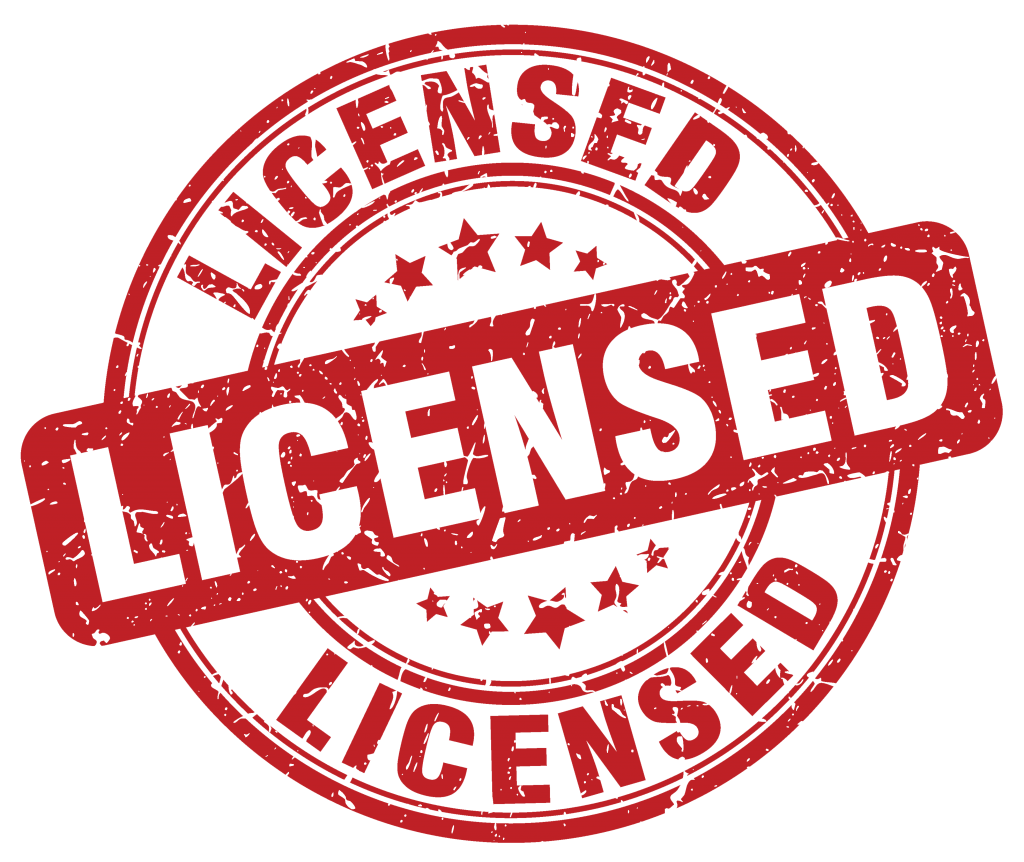 Note
The applicant must also undergo regular financial and tax auditing and technical tests to ensure everything complies properly. This procedure is intended to improve the quality of services rendered and player satisfaction as well as an overall honest and safe gaming and operational environment.

These jurisdictions also serve as mediators for disputes between operators and players or operators and official organizations through their respective gambling authority offices.

Malta is a little island in the Mediterranean, just beneath Sicily and part of the EU. Small as it may be and with less than half a Million inhabitants, Malta is perhaps the most important online gambling jurisdiction in the world. It has granted licenses to well over 380 online gaming sites and has been doing so since the year 2000 through the Public Lotto Ordinance and later through the Lotteries and Gaming Authority (LGA). It has developed and created very specific and rigorous policies and procedures for remote gambling operations.

The “Remote Gambling Regulations” were completely restructured in 2004 and now it offers 4 different types of gambling licenses:

All companies wishing to license their gaming sites, must pay an initial licensing fee of approximately €2,500 along with other recurring licensing fees. Licenses have a validity of 5 years and the gaming tax is of 0.5% of the licensee’s turnover.

As is usual in many other jurisdictions, websites that have been granted a Maltese gaming license are not allowed to offer or take wagers from Maltese citizens.

It wasn’t until the year 2007 that Malta finally made it to the UK’s approved list of jurisdictions that match and/or surpass England’s high level of gaming regulations. This resulted in many companies with British gaming interests to settle in Malta.

In 2002 the regulation of online gaming companies was finally decentralized from the “Curacao Gaming Control Board” and this type of industry started flourishing in the paradise island. Even though the online gaming industry has been recently in descent and almost no new companies are licensing or moving their operations in Curacao, there are currently short over 400 licenses being upheld in the island.

The advantages to having a license from the Netherlands Antilles include the possibility of obtaining sub-licenses to online gaming operations from the Netherlands Antilles and sub-dividing existing gambling licenses to be used by “sister” companies. These licenses can be used to operate several type of online gambling businesses including but not limited to:

A contribution of up to 2% of the license holder’s net profit may be demanded of whichever island is currently hosting the online gaming company. Since Curaçao chose to become independent in 2010, it has also become an independent and separate jurisdiction according to its own government laws and regulations. Curaçao can offer online gambling licenses without having to receive approval of its former regional gambling authority, the Netherlands Antilles National Ordinance on Offshore Hazard Games legislation.

The “Kahnawake Gaming Commission” was founded in 1996 and is since holding licenses to over 100 online gambling sites. The basic requirements for acquiring a license are:

Licensing in the Kahnawake jurisdiction does not come cheap. All applicants must pay a gaming license fee of CAD$25,000 plus a systems testing deposit of CAD$15,000 and finally a license fee for the first year of operation worth CAD$10,000 (refundable). On top of this, online gaming companies must pay CAD$5,000 licenses for all “key-members” of a company who play a pivotal role in the proper operation of the license holders online gaming business.

This jurisdiction is special in the sense that the the government does not consider online gambling to be taking place at the location of the gaming servers but instead at the place where the player is interacting with the gaming software. Thus it has had little use or incentive to introduce effective gambling legislations and as long as gambling companies do not offer their services to local residents, they’re virtually free from scrutiny. That may explain why Costa Rica has been a favourite destination and operations centre to hundreds of legal and illegal online gaming companies. Currently there are approximately over 160 such companies operating from this Central American country.

The lack of a proper gaming legislation does not only result in companies self-regulating their activities, lack of monitoring and testing but also (and to the delight of most of these companies) to no gaming tax collection. Online gaming sites are registered as “data processing” companies and are licensed as such and must only pay a license fee of $5000 and $500 legal costs fees.

In 2013, the government started looking into creating an online gambling control board to regulate and monitor companies already based and looking to set base in Costa Rica while possibly taxing them a very low percentage of the gross income (probably no more than 0.5%).

This tiny territory is a self-governing British Dependency and a member of the European Union and most importantly, it is independent from UK tax laws. It is home to almost 280 online gaming sites and barely over 25 online gaming operators and the industry employs over 2000 people. Licensee’s are regulated under the Gambling Ordinance of 2005.

A more “exclusive” gambling jurisdiction, Gibraltar licenses mainly only operators who have a proven track record and whose software has undergone and passed rigorous testing. But on the other hand, it’s probably one of the cheaper licensing jurisdictions in Europe. Gaming tax is of 1% on gross turnover, capped at £425,000 but with a minimum of £85,000. This is well affordable to most companies who wish to acquire a license from Gibraltar. Also, there is no Vaue Added Tax (VAT) in Gibraltar.

The UK allows online gaming since 2006 as long as it’s regulated by the Gambling Commission under the Gambling Act of 2005. Thera re currently over 90 online gaming companies registered in the UK which are allowed to operate from within the country and offer all types of gaming products such as poker, casino games, bingo, sports betting and race betting. The gaming tax is much higher at 15%. With first-world infrastructure and services, financial security backing and plenty of job demand, it’s turned out to be quite a lucrative gaming jurisdiction despite high salaries, social benefits and high taxes.

The United Kingdom government published a Draft Gambling Bill on December on 2012 which if it were to turn into a law, it would restructure licensing, regulations, compliance and tax regulations set up by the 2005 Gambling Act. Another important point in the new bill draft is a redesign of how taxes work for online gambling operators. Until now it was the location of the operator which decided how much taxes we to be paid, but with the new law it would be the location of the gambler which establishes the parameters for calculating apropriate taxes. So operators located anywhere in the world who cater to UK gamblers would pay not just the 15% gambling tax but also all extra costs involved in the entire regulation process.

The islands of Antigua and Barbuda offer two types of online gaming licenses under the “Financial Services Regulatory Commission – Division of Gaming” (FSRC Gaming Division): interactive gaming (casino games and poker) and interactive wagering (sports betting). Unlike other non-European gaming jurisdictions, Antigua and Barbuda have very high fees including a non-refundable deposit of $10,000 for due diligence plus an annual license fee for interactive gaming at $75,000 (and/or an annual license fee for interactive wagering at $50,000) and key-person licenses at $1,000 for the first year and $250 for renewal years.

Readers might remember this gambling jurisdiction from a 2003 dispute process involving the World Trade Organization (WTO) against the U.S.A. The islands claimed that the American internet gambling policies constituted a violation of an international pact called the General Agreement on Trade in Services or GATS and resulted in a WTO ruling against the U.S.A. for violating the GATS.

The U.S.A. was given a one-year time frame to bring its laws into conformity with the GATS, but the compliance deadline passed with the U.S.A. Failing to take corrective action. To make matters even worse, the U.S. passed a bill in 2006 prohibiting online gambling altogether. Several other agreements have failed, including annual trade sanctions on behalf of Antigua and Barbuda and up to their final meeting in 2009 (during the Bush administration) no agreement had been possible to reach.