The small group of computer geeks decided that it was time to delight others and inspire them to have fun. That has driven Play’n GO to this date, and it seems to be working just great. In February 2015 the company received the ‘Mobile Product of the Year’ award from the International Gaming Awards (IGA). 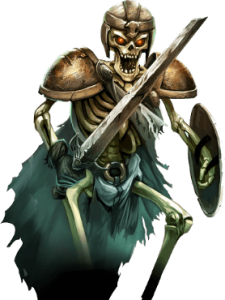 Play’n GO is driven by techies, so having a robust module for games integration is of vital importance. They call it Game Account Toolkit or GAT. It helps operators integrate its games with 3rd party ones and gives independent control over much of its systems.

Note
All of its content is instantly accessible in Flash or HTML5 and comes in 30 languages as standard. As a result players don’t have to worry about any downloads and enjoy Play’n GO’s premium games on the move off Apple’s iOS or Android devices. Its creations also support full HD and are dynamically scalable, which also makes them look sharp and visually appealing. That said, let’s take a closer look at the games and licensees.

On Play’n GO’s official site records go back to March 2013, when they released a video slot exclusively for Unibet.

Speaking of exclusives or Bespoke series, Play’n GO’ 2013-released Gumball 3000 is only available at Betsafe Casino. The 20-line Danish Flip and Super Flip with Free Spins bonus and the special flip feature are exclusively available at Unibet since June 2015.

But that’s just to start with, because its entire games collection consists of over 100 titles. What its video slots share in common is medium variance, and relatively small number of win-lines that average around 20. The theoretical return to player or RTP largely depends on the game. Some games like the 5-line Mystery Joker have an impressive 96.98%, while others like the 15-line and Norse-themed Dragon Ship only 94% RTP.

In addition to that Play’n GO has 2x Bejeweled-style games called Gemix and Energoonz. Guaranteed Win features can be found on some of its recent releases like Pimped, while Re-Spins are available on Wild Blood, Enchanted Crystals and Enchanted Meadow.

Play’n GO is a leading iGaming developer. It was one of the first companies to move into the mobile arena and because of that you can play its exclusive video slots from the comfort of your home and on the move. In 2015 Play’n GO was awarded the Mobile Product of the Year award by IGA.