RTP literally means “return to player”. The RTP indicator is calculated as a percentage and shows the probability of winning in the slot, as well as how much money spent should be returned to the user back. Let’s say the current RTP is 100 %. This means that the chances of winning both the player and the casino are equal. Therefore, a draw is possible in the long run. If the percentage is higher, for example 110, the casino is likely to remain at a loss. It is logical to assume that a high percentage of returns in nature is quite rare. Although, in fairness, it should be noted that even with relatively low RTP rates (<100%), the gambler still has a chance to stay in the black at a distance. In online casinos, the average return percentage is usually 90% or higher. Popular software developers always have RTP data in the public domain.

How to calculate RTP? 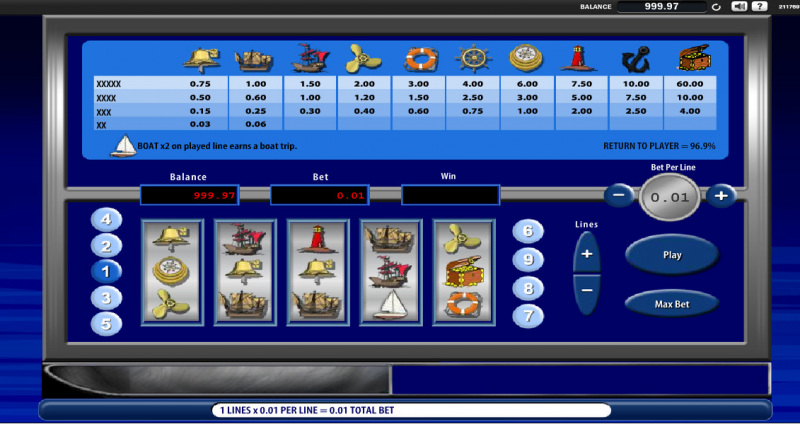 To calculate the potential profit at a distance, you need to use a simple equation. Take the total amount of profit and divide it by the amount of bets made, multiplied by 100 %.
If you know the return rate, you can also calculate the percentage of online casino advantage. For example, if one of the machines is balanced within 96% of the distance, then the casino will receive about 4% of all bets made by the player on this slot machine.

A lot of things can happen in a short period of time during the game, so the level of return should not be a fundamental factor when choosing a slot.
First of all, RTP is a theoretical value. It affects your overall winnings only indirectly, being more of an assistant than a means of extracting benefits, so you should not accept it as an unshakable truth. You should always remember that the degree of return depends directly on the software provider for slot machines. Accordingly, the administration does not affect the “generosity” of the slot. Therefore, all the victories and failures of the user depend on the notorious random number generator (RNG). The only thing that is important is to choose an online casino with a good reputation and, preferably, licensed.

Is there a relationship between win rate and RTP? Sometimes RTP is misleading, especially for inexperienced players, who do not regard it correctly. In fact, there is no direct relationship between the percentage of return and the frequency of wins on the slot. But if we are talking about the size of the win, then in this case there is an interesting pattern.
There is such a thing as variance (or volatility). This is a kind of offshoot from the well-known theory of probability, or even a Supplement. What is its essence: take a coin and throw it up a couple of times. According to the theory of probability, it will land once with heads and once with tails. And it can only land twice on one side. This is the variance.
Another example. Let’s say you decide to play the lottery. You need to choose one of the numbers that will fall out of the total number of numbered balls. The jackpot reaches several tens of millions. Let’s say your chances of winning the top prize of $60,000,000 are 1 in 70,000,000. In this case, the variance will be more than 50,000,000.
What do these examples say? And they say that the variance shows the probability of the expected results. In events with a low level of volatility, players can expect to approach the expected return of the bet. As the difference increases, the probability of moving away from the desired return increases. This phenomenon can occur in both positive and negative directions.
Machines with lower returns pay more often, but less, and where the percentage is higher-more, but less often. Slots with high RTP have high volatility, respectively, the machines with a low percentage of return volatility is lower. Users who are going to spin one machine for a long time should pay attention to high-value slots. But for beginners, or just those who do not particularly like to risk their money, it is preferable to choose a smaller percentage.

How does knowing the RTP score affect the outcome of the game?

One of the main unwritten rules for a successful game in an online casino is a careful study of all the subtleties and features of the chosen game. Depending on the functions of the machine and the level of its return, the user builds the most profitable tactics of the game. In this case, RTP helps to understand how long it will take to scroll, what size of bet is preferable to make, and also to determine the likely amount of the final profit.

The gambler plans to make 10,000 bets for 2 credits each. The return rate of the slot is 97%. As a result, he will be able to return 19,400 credits. Depending on how much time he will play every day, you can calculate when the amount will be wagered. The size of the win depends on the size of the bets.

So, let’s sum up all of the above: