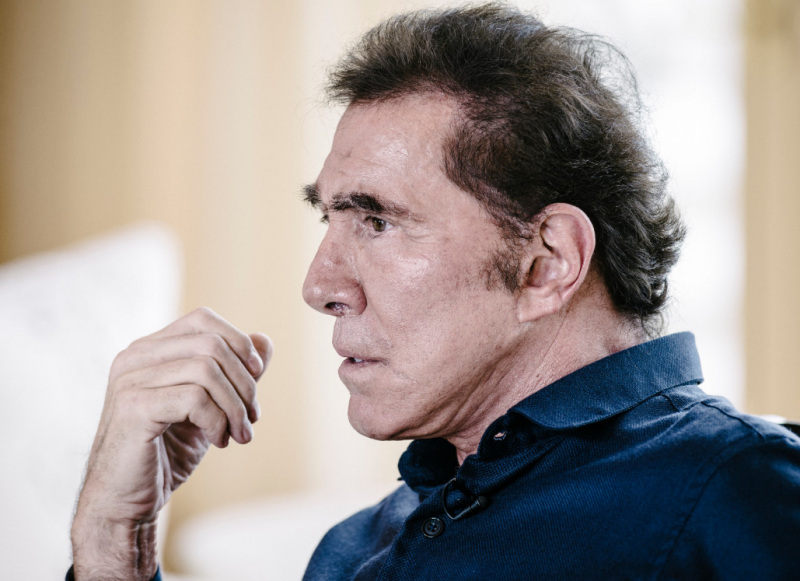 Stephen Alan Wynn is an American real estate businessman and art collector. He is known for his involvement in the American luxury casino and hotel industry. Early in his career he oversaw the construction and operation of several notable Las Vegas and Atlantic City hotels, including the Golden Nugget, the Golden Nugget Atlantic City, The Mirage, Treasure Island, the Bellagio, and Beau Rivage in Mississippi, and he played a pivotal role in the resurgence and expansion of the Las Vegas Strip in the 1990s. In 2000, Wynn sold his company, Mirage Resorts, to MGM Grand Inc., resulting in the formation of MGM Mirage. Wynn later took his company Wynn Resorts public in an initial public offering, and was Wynn Resorts’ CEO and Chairman of the Board until February 6, 2018, when he announced his resignation. He is a prominent donor to the Republican Party, and was the finance chair of the Republican National Committee from January 2017 to January 2018, when he resigned amid sexual misconduct allegations…

Allegations of harassment and loss of office 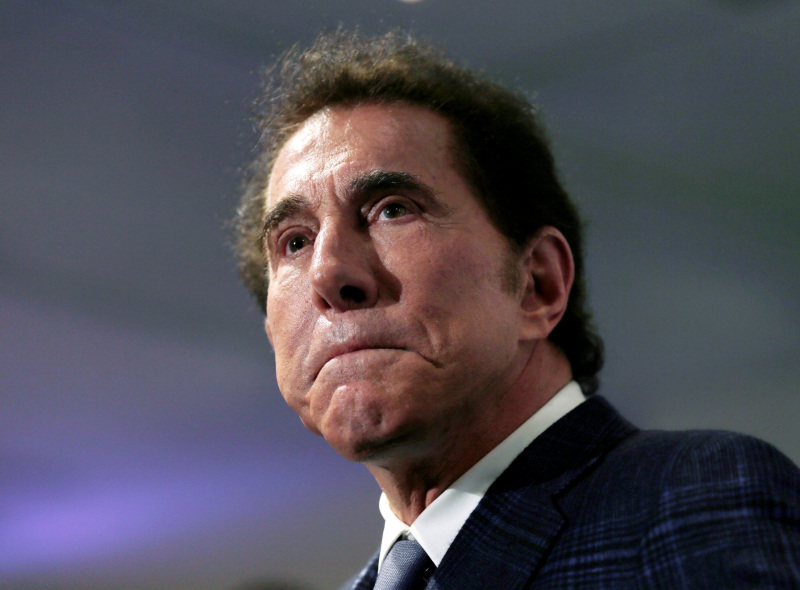 In early 2018, Steve Wynn became involved in the events that forced him to write a letter of resignation from the post of financial Director of the national Committee of the Republican party (RNC) USA. This was led by a publication in the Wall Street Journal, where a gambling magnate, casino chain owner and billionaire was accused of sexual harassment of their employees.

In an interview with Politico, Wynn said that everything was fabricated by his ex-wife Elaine Wynn, who through the court wanted to get a review of the contract of divorce.

“The idea that I have harassed any woman is simply absurd. We live in a world where people can make false accusations, and the injured person has only to fend off offensive publications in the media or get involved in lawsuits that stretch for years, ” the billionaire commented.

Since the American leader had previously owned several casinos, they were not only familiar with Wynn before trump won the presidential election, but were also considered competitors. However, in 2016, everything changed and Steve was appointed to the above position.

Shortly before the damning article appeared, the President of the United States held a party in honor of the first anniversary of his own inauguration. Wynn was engaged in its organization. In addition, he spoke of trump as a President who changes history, and compared him to Abraham Lincoln and Ronald Reagan.

It is true that the relations of two famous persons, especially in the world of casinos, in matters of state depend not only on their views and attitudes to each other. Politics plays a significant role here. She forced Wynn to resign, because at a certain period, Republicans criticized the sexual harassment scandal that arose in Hollywood. Then they “went through” the connections of the Democrats with the defendants in this case.

Accordingly, even Steve’s excuses did not stop the politicians, since the “king of Las Vegas” was credited with pressuring colleagues of the opposite sex and forcing them to have sex. In total, according to the publication, it was at least 150 women, one of whom Wynn allegedly paid $7.5 million.

Golden Nugget and the youngest casino owner in Las Vegas 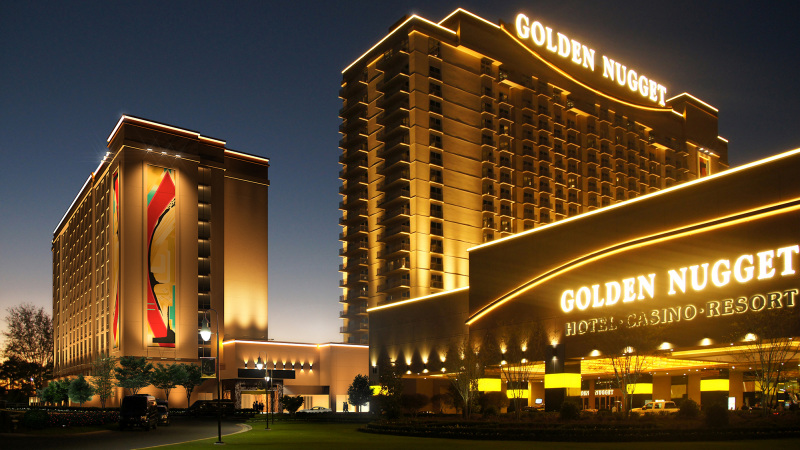 The website of the hotel-casino Golden Nugget does not indicate that in the second half of the last century, the institution was saved from decline by Steve Wynn.

Now Golden Nugget on its Facebook page describes itself as one of the best hotels in the center of Las Vegas, on Fremont street. The long history of this institution is evidenced by the date of Foundation-1946. Other historical details are not emphasized, but its modern luxury is demonstrated with pleasure.

It was this casino hotel that was the first in the list of young Steve’s acquisitions. Then he had just begun to arrange his financial situation. After the death of his father, he was forced to leave his education and head the bingo clubs to pay the inherited debts totaling $ 350 thousand. And he was able to quickly establish his father’s business, but in Utica.

Wynn was attracted to the prospect of Las Vegas. Whatever happened in life-good deeds or bad luck-he moved only in the direction of the business environment of the gambling capital of the United States. So, the acquisition of Golden Nugget and successful ideas about the transformation of the institution made Steve the youngest casino owner in Las Vegas at that time.

In 1980, gambling was officially allowed in Atlantic city, which prompted the new businessman to seek funds for investment and build another Golden Nugget there. The establishment became a success. Steve soon sold it for $440 million.

In the late 80’s, Wynn focused on the then new direction of elite casinos-large entertainment complexes. The help of financier Michael Milken and the involvement of two investors allowed Steve to implement his first project Mirage worth $630 million.

The place opened in 1989, and it immediately raised the level of luxury in Las Vegas. Everything was luxurious here, from the gold dusting on the walls to the huge artificial volcanoes and makeshift tropical jungles. This was the first place where the gambling hall was used around the clock security cameras. In addition, the Mirage began to hold famous focus shows with white tigers.

Next, Wynn created Treasure Island (worth about $ 450 million), and Bellagio (construction cost $1.6 billion) acquired an unprecedented scale. This institution became unique because it even had its own Conservatory, Botanical garden and art gallery.

However, defeat is not a reason to stop

Success gave Wynn every reason to move on. In 1999, he opened the Beau Rivage Resort & Casino in Mississippi. However, the institution failed and caused financial problems in the company. To save the situation, in 2000, Steve sold Mirage Resorts to MGM Grand for $6.6 billion, of which he received only $500 million. For these funds, the businessman purchased the Desert Inn hotel ($270 million) and several other neighboring buildings, and in their place built the Wynn Las Vegas entertainment complex (opened in 2005). The total amount of investment in the new grandiose project was about $2.7 billion, and the scale was simply impressive: a 45-story hotel, casino, restaurants, art gallery and Golf club, the center for the sale of Ferrari and Maserati, as well as a huge waterfall, where the show “Lake of dreams” was held.

After success in the United States, Wynn decided to conquer the gambling zone in Macau. Here in 2006, he opened the hotel-casino Wynn Macau with almost 400 machines, 375 gaming tables, restaurants, cafes, attractions, branded stores and numerous SPA services. The complex entered the top ten in Asia. In the same year, Forbes named Steve Wynn among the most influential people in the world. And he didn’t stop. Then there were:

However, the history of the “king of Las Vegas” is not filled with victories alone. There are lawsuits, and appealed businessman gossip, and reduced profits due to the crisis in the United States and China. Until recently, according to Business Insider, more than 70% of Wynn’s revenue came from Macau, but the tougher policies of Chinese officials have affected all local gambling establishments. He had expressed discontent at the time, but he had not yet suspected what would happen very soon.

2019 is the time to say goodbye to gambling 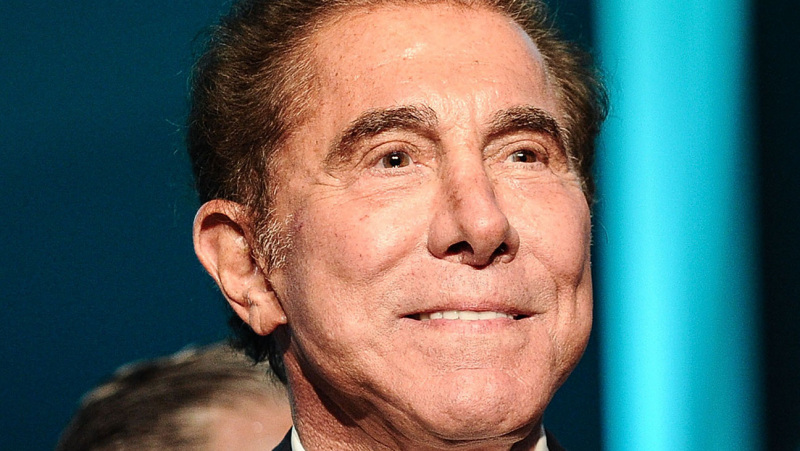 Last November, the media reported that Steve Wynn was banned from working in the gambling industry in Nevada. He did not appear at the court hearing in September 2019, and sent lawyers instead. In response, the Nevada gaming control Commission (NGCB) stated that Steve “is not a competent and worthy person to carry out activities in the field of gambling.”

In addition, Wynn Resorts was fined a record $ 20 million for its controversial methods of regulating lawsuits concerning the now former CEO of the institution (resigned from his position in 2018). Then Wynn was able to establish a deal with the regulator, and it was not widely publicized. And now NGCB has issued a new fine – $35 million.

To this we can add a class-action lawsuit against Wynn Resorts, which nine employees of the gambling establishment filed in early October 2019. According to them, “the casino does not apply sufficient measures to protect its employees from Steve Wynn, as well as his confidants, who still hold high positions in Wynn Resorts.” In addition, employees were offended by obscene jokes with sexual overtones from Wynn and his friends during a corporate party.

Some experts suggest that global changes will soon occur in the gambling business if such an influential businessman is deprived of his license.